What Kind of Crime Reports will you See in Park City, Utah? 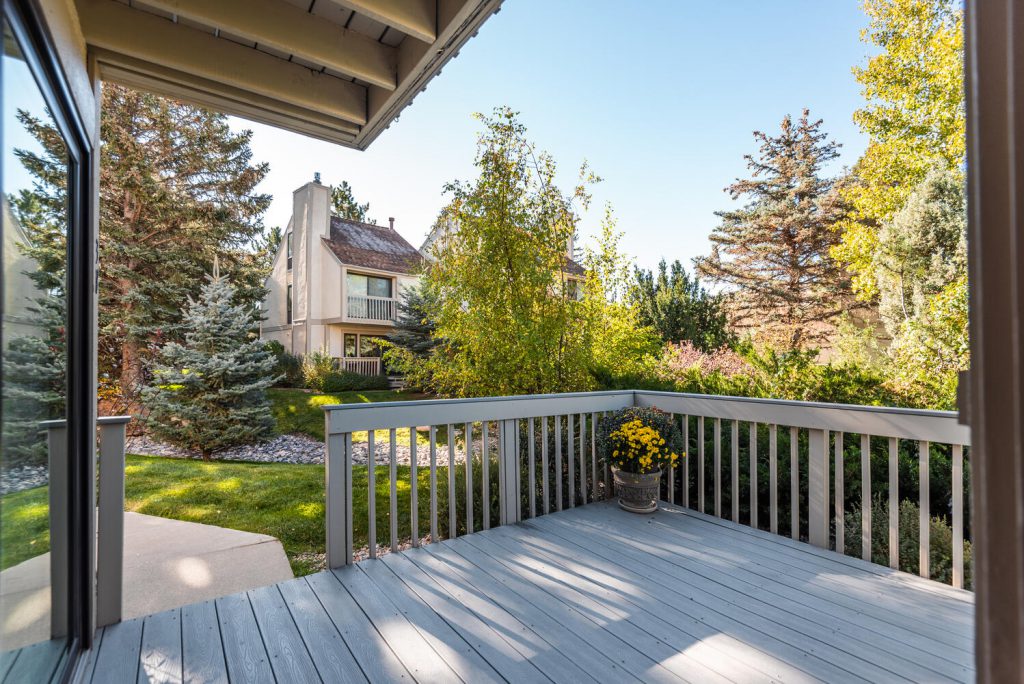 One of the things I love about Park City is how connected it is. I love turning on the radio and hearing the Lost and Found on KPCW.

Another bit of local reporting that is sure to catch your eye in Park City is the Police Blotter. I am not one to condone humor at the expense of others, but I do have to admit the section in the local newspaper, Park Record, can be eye catching at times.

I am truly grateful to our local law enforcement for handling serious crimes and issues, keeping us safe. But here I’ll explore the lighthearted side of the Park Record’s Police Blotter. 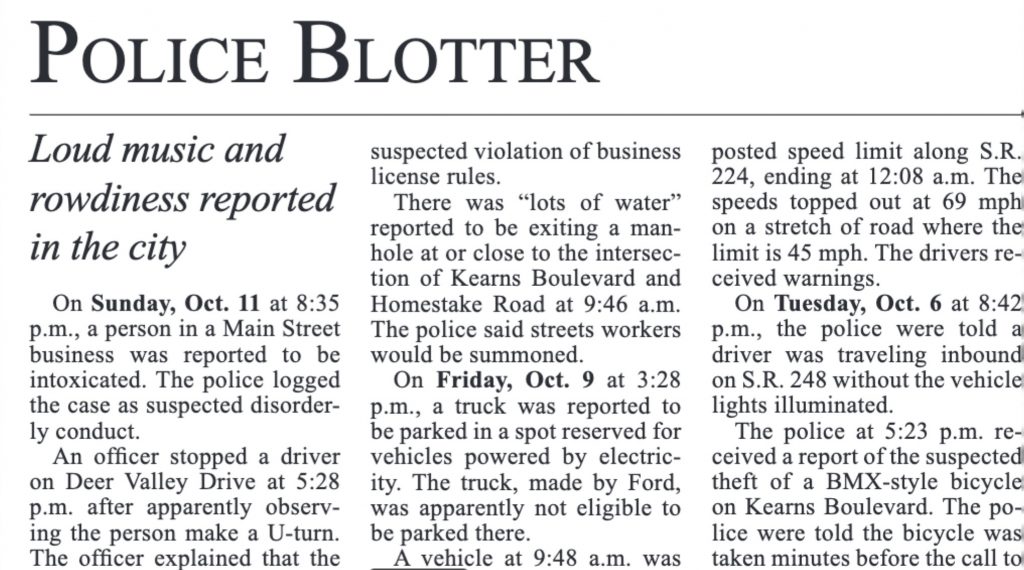 “Officers gave out warnings […] after finding four people nearby a Jacuzzi at 12:43 a.m. on the 1500 block of Empire Avenue. The two men and two women jumped over a fence and poured soap in the Jacuzzi, the police were told. When officer arrived, they found the hot tub full of bubbles and the suspects were found.”

“On Saturday, Sept. 14 at 11:23 p.m., the police were called to Racquet Club Court after receiving a complaint about a loud party. The police classified the case as disturbing the peace.”

“A man was reported to be sleeping in a hallway on the 800 block of Main Street at 7:22 a.m. The police classified the case as trespassing.”

“A police surveillance camera captured images of six youngsters sitting atop a water tank off Mellow Mountain Road at 5:26 p.m. A police officer who responded found them with blankets enjoying the view, the police said.”

“Two students were reported to be skipping classes at the Park City Learning center, with the reports filed at 10:10 a.m.”

“On Friday, April 9 at 11:53 p.m., the police received a complaint about kids on a balcony throwing snowballs at cars on the 7400 block of Royal Street.”

“At 4:35 p.m., the police received a complaint that a person’s skis were run over by a vehicle on the 700 block of Main Street.”

“A bicycle was reported stolen at 2:07 p.m. somewhere along Little Kate Road. It was taken the day before, the police were told.”

“On Sunday, April 11 at 11:30 p.m., someone contacted the police reporting that a snowboard had been found on the 1200 bock of Empire Avenue.”

“At 1:23 p.m., the police received a report that a moose was headed toward some children who were playing along the 1700 block of Kearns Boulevard.”

“A moose was seen on the 2200 block of Monarch Drive at 5:32 p.m. The animal was not impeding traffic nor did it draw a crowd of onlookers, the police were told. The person who contacted the Police Department, though, was worried the moose could be hit by a car.”

“The police at 4:26 p.m. received a report of a cat in a tree on Aster Lane. The cat had climbed to a height of 30 feet and “keeps going higher,” the police were told. The person’s son was 20 feet high into the tree, according to public police logs.”

How Safe is Park City?

Although some of these are chuckle-worthy (ahem, bubbles in the jacuzzi), it’s not to say that there is no serious crime in Park City. Many of us who have lived here for years consider Park City and Utah as a whole to be generally very safe. Despite the growth, Park City still has that small town, “everyone’s a neighbor” vibe.  Thankfully, much of the crime in Park City is petty theft.

Nevertheless, it still makes sense to take reasonable precautions.  Lock your doors, store your bikes inside, use ski valet and common sense when visiting or residing in Park City.